...is an original rock based group from Hollywood, CA that features catchy riffs, a rock/punk edge, and an incredibly energetic performance. The group has built a reputation as a relentless internationally touring act. Warner Drive has shared the stage with bands such as Jet, CKY, Saving Abel, Camp Freddy, Danko Jones, Imagine Dragons, The Plain White T's, Yellowcard, Ratt, Steel Panther, Clutch, Graveyard, Mustache, Papa Roach, The Killers, Dead Sara, Royal Republic and many more. Warner Drive has been hailed as a highlight of the Sunset Strip Music Festival where they tore up the Roxy stage for a sold out house. At South By Southwest in Austin TX, Warner Drive took the festival by storm with six different showcases and packed venues every time that teamed with energy when they hit the stage. The group has also been a part of The Uproar Festival in the United States. In addition, they have been touring Europe where they have played many festivals and their fan base has been rapidly growing. In fact, 2016 will mark their fifth year in a row of extensive European touring and the group was voted by their fans to play Sweden Rock Festival 2016. This will be followed by a Swedish tour in August 2016 and German tour in October 2016, in addition to many United States dates.

Prior to signing with Swedish record label Roasting House/Dead End Exit in 2016, Warner Drive had released three full length albums to date, selling over 15,000 copies in DIY fashion. Their first album, "Fully Loaded", was produced by Mike Clink (Guns n Roses, Motley Crue, Megadeth), and James Michael (Alanis Morissette, The Deftones, SIXX:AM). Their second album, "K-Go!", which was self-produced was followed by their third release, "City of Angels". Produced by El Hefe (guitarist of NOFX and co-owner of Cyber Tracks), and mixed by Ryan Greene (Megadeth, Bad Religion), “City of Angels” was released in September 2014. Warner Drive is currently recording their fourth album, which will be released under Roasting House/Dead End Exit Records later in 2016.

In the Summer of 2017, Warner Drive released it's forth full length album "Till The Wheels Fall Off" on Sweden's Dead End Exit Records. 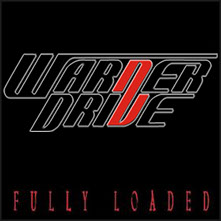 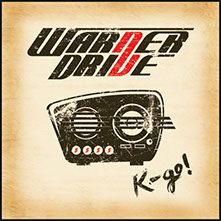 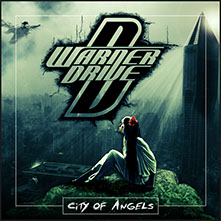 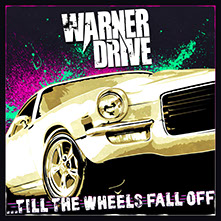